95: Process as performance as process 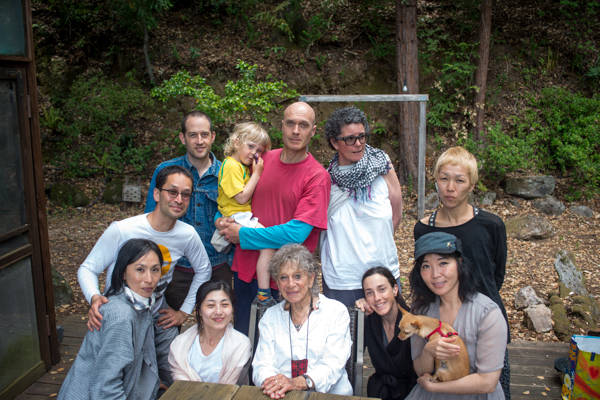 Being watched by the performers while I cry.

Scooching around a space to see the action.

Being asked what in the performance could be done differently.

Sharing a meal with other audience members.

Not simply getting close, but getting involved.

These are some of the strongest sensations that linger from my attendance at inkBoat’s Ritual 8-27: market at Fort Mason and Ritual 50-70: conjunction at YBCA. Both performances are explicitly experimental; the audience witnesses a series of still-forming ideas, not a final version. These raw, unfinished performance-experiments satisfy me in two ways. They not only break down “performance” as a hermetically sealed, unchanging entity, but they further dissolve the hard line that may exist between performance and process, allowing the rituals to stand as rehearsals towards making something great for Anna. Ritual 8-27: market and Ritual 50-70: conjunction invited the audience into the rehearsal process.

At Fort Mason’s Ritual 8-27: market , I am audience-participant in the complicated process of honoring multiple communities. inkBoat attends to the current and historical communities of Fort Mason by stressing the community formed by the audience and performers present. The performers break the fourth wall with humor, direct address, breath, tears, and offerings of food, drawing me in. I feel inevitably involved as part of a larger group that is shaping the space, even if I don’t know who I am honoring or what group I am part of. The open process in this ritual exists in how inkBoat simultaneously plans for, can not know and works towards merging audience and performers together so that as a group “we” walk, breathe, cry and feast as one community in honor of other communities.

At YBCA’s Ritual 50-70: conjuction, I am audience-participant with no fixed place to sit. This fact means the audience’s participation in the ritual is more plainly laid out: the audience will move and be moved through the space; this will effect how they are figuratively moved by the performance. I move and am moved by the physical dialogue between performers and audience: I walk around the action, sit near it, and quickly back away from it, constantly shifting in response to the performers. This process of readjustment between audience members and performers highlights mobility, freedom, displacement as not only themes in the performance, but as complex and felt states of being. It doesn’t surprise me when this choreography between performers and audience culminates into a dance party with Anna at the center, everyone literally moved and moving in response to her.

The beauty of Ritual 8-27: market and Ritual 50-70: conjunction is in how the processes of forming community or experimenting with altered mobility are cracked open for the audience to feel as well as witness, their experiences informing inkBoat’s process and creation of 95 Rituals. By staging their performances as open processes, inkBoat makes audience participation in 95 Rituals a foregone conclusion; it is not a question of whether the audience will participate, but how.